Whether it's from you, your family, or your pets, we all have a lot of hair in our homes. It can be instinctive to just throw it in the trash, but what other options are there? Flushing hair or washing it down the drain can be simpler, but is it going to cause issues? In this guide, we'll explain whether you can flush hair down the toilet and what happens f you do.

Can You Flush Hair Down The Toilet? (Is It Okay To Do So?)

The bathroom is where you trim and groom yourself, so it's natural that there's a lot of hair in there. Technically, hair will flush down the toilet, but you really shouldn’t flush it if you can avoid it.

The hair probably won't cause any issues with the toilet itself, but when it flows into the sewage pipes, it can easily clog them. This can lead to leaks and blockages and generally cause havoc in your system. It can even make its way into your septic tank and cause some really expensive problems in your home.

Now you might be asking yourself whether beard or pubic hair can be flushed. These hairs do tend to be shorter and finer, but unfortunately, the answer is still no. While the hair won't ball like longer hair does, it can still cause a blockage in your system, so it's not worth the risk.

Flushing the occasional hair by mistake will probably happen from time to time, but it shouldn't cause an issue. It's only when there is a lot of hair that it can catch on the pipes and become matted in your system. The problem is that hair doesn’t break down quickly in water, so over time, it will build up and cause clogs. This is less of a problem with new pipes, but if you have older pipes, there may already be some blockages, and hair will only make it worse.

Essentially, hair and your plumbing do not mix, and even if you think you can get away with it, don't because it isn't worth the risk. It can cause all sorts of issues and be challenging to remove, leading to high plumbing repair costs. Try to avoid any hair going down your drains, and definitely don't flush it!

What Happens If You Flush A Hair Down The Toilet?

When you flush hairs down the toilet, they'll flow down through the toilet system and into your plumbing. The hairs may flow through, but in all likelihood, they will get caught in the pipe itself. They will catch to anything in there and build up over time.

Long hairs will start to curl and ball together, which will give a surface for smaller hairs to catch onto. Eventually, this can disrupt the water and waste flowing through your drains and cause issues.

These blockages in your pipes can lead to leaks in your home. This is inconvenient enough if it's water, but it can be really unhygienic if waste leaks into your home. Also, if the blockage gets too bad, then it may stop your toilet from working and lead to costly repair work.

Hairs can also flow down into your septic tank if you have one. This can stop the treatment process from happening and make your waste management system much less effective. Your septic tank can be really expensive to repair too, so it can cost you a lot to get it sorted.

Hair will break down, but not quickly, so regularly flushing a small amount will likely cause you issues down the line. However, if it's just a few hairs every now and again, then it may be ok.

What To Do If You Flushed Hairs Down The Toilet?

Getting hair down your toilet is easily done but frustrating. Thankfully there are a few ways to get it out: 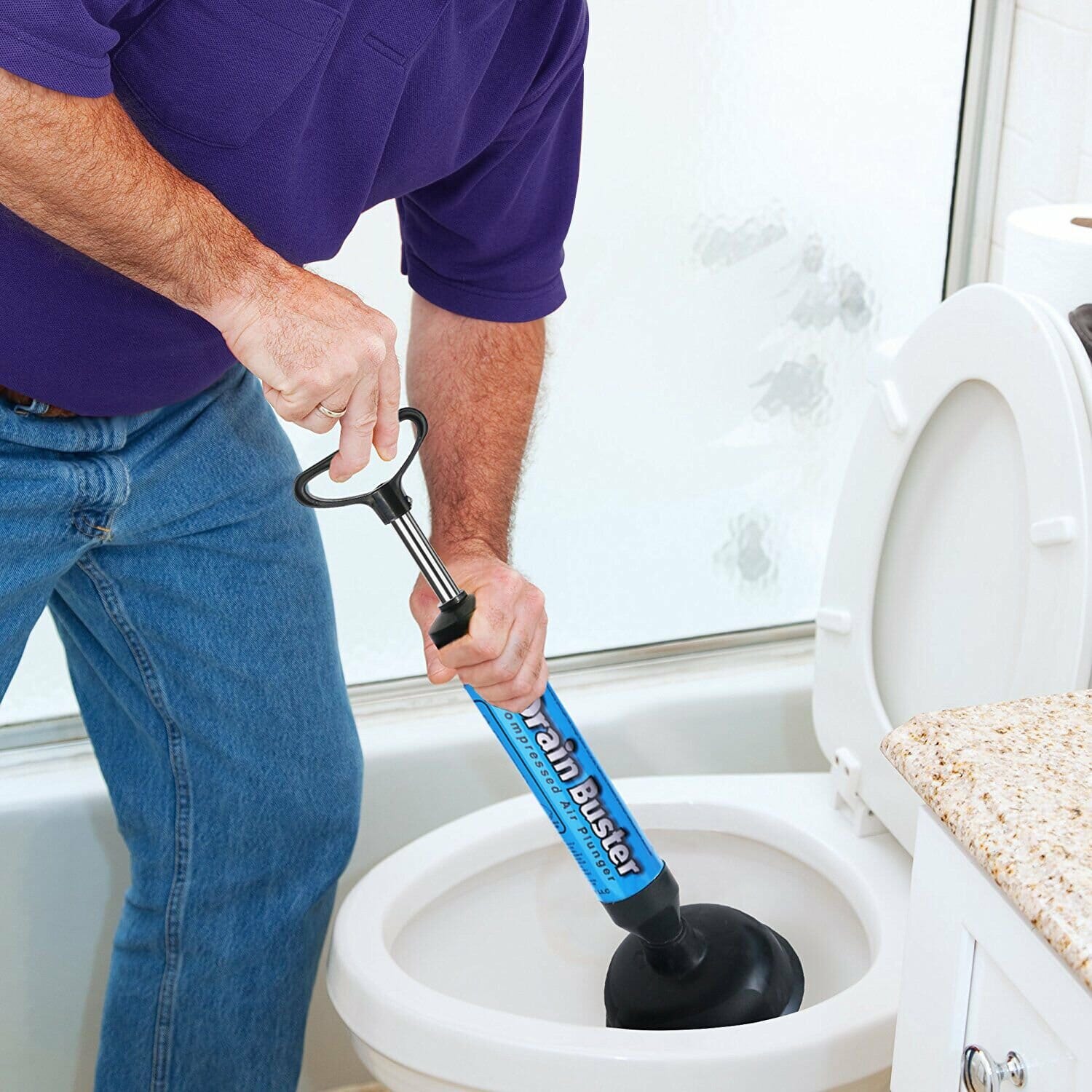 How To Dispose Of Hair Properly? (Best Alternative Ways)

Now you know that flushing is out of the question, you might be struggling to determine what you should do. Here are some of the best alternative ways to get rid of all your loose hairs:

Throw It In The Trash

The simplest and safest way to dispose of hair is to just throw it away in the trash. It's not the most environmentally friendly option, but if you're only dealing with a small amount of hair, then it's usually best.

Hair will usually take years to break down, but combining it with compost can decompose in as little as a month. Spread it throughout the composting pile for the best results.

Hair has a number of unique properties, which make it very useful in a variety of settings. It takes a long time to decompose, has high tensile strength and high elasticity, and contains amino acids. This means it can often be donated for medical uses, cleaning water pollution, or even for textiles. You will need a fair bit of hair to donate it, but you can find out more about how to do it here.

Use It In The Garden

Human hair is actually a really effective fertilizer because it’s made up of 15% nitrogen. Spreading it over your garden can help to encourage healthy soil and give your plants and crops healthy nutrients to support their development.

Does hair dissolve in water?

No, hair is completely insoluble because of the amino acids so it won’t dissolve in water.

Can you flush hair dye down the toilet?

No, unused hair dye shouldn't be thrown down the toilet because it's regarded as hazardous waste. The chemicals are bad for the environment, so hair dye should be sealed up and thrown in the trash.

Yes, baking soda mixed with salt or vinegar will make an acidic solution that is effective at dissolving hair.

Does hydrogen peroxide dissolve hair in the drain?

Yes, hydrogen peroxide effectively clears drains and will remove hair, skin, and other organic debris from your plumbing.

Hair can get everywhere, but you should avoid flushing it down the toilet because it can cause a lot of problems for your plumbing. Hopefully this guide has helped explain why you shouldn't flush your hair and has given you some alternative options for doing it safely.