Garbage disposal facts are fun to learn! They can help you maintain your appliance or offer you a bit of knowledge. No matter what, it’s interesting to learn about these essential kitchen items.

All of the best garbage disposals help keep food waste out of dumps and are very convenient for use in modern homes. 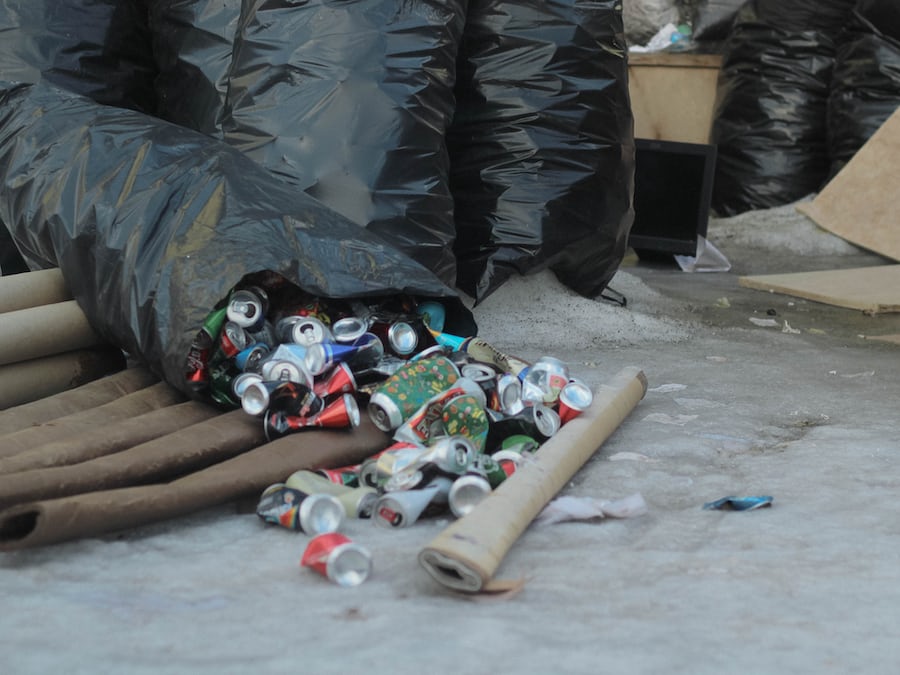 Did you know that food waste makes up the largest section of landfills?

In the United States, about 108 billion pounds of food is wasted each year. That means 40% of all the food in our country is wasted!

There's plenty of ways to reduce the amount of food waste that goes into landfills. You can start by installing a garbage disposal- they prevent food from making it to the landfills!

Next, a garbage disposal can prevent rodents from making their way into the home, especially in well-populated areas. Rats love trash, so when you store your garbage in your kitchen bin, it could attract them. One way to reduce the likelihood of rodents finding your garbage is to dispose of food waste in the disposal- they won’t be able to smell it and shouldn’t come seeking food.

Many people believe that their garbage disposal uses blades- it doesn’t!

There are no sharp objects inside. Instead, it works by using impellers, which rotate the food and rub it against the grinding ring on the disposal.

This wears down the food to the point it can safely drain down the sink. However, you still should never reach inside the garbage disposal!

Not everything you eat can go inside the garbage disposal. Harder items, such as popcorn kernels, bones, eggshells, or coffee grounds, can’t go in your garbage disposal. If you can’t chew it, then don’t pour it down the sink! You also don’t want to pour fats and grease inside since they can easily lead to a clog when they solidify. Finally, pasta and rice swell with water, which can also clog your appliance.

If your garbage disposal smells, don’t worry! There’s an easy way to clean it. Pour a mixture of baking soda and white vinegar inside, then run cool water through it. You may need to do this twice to remove all of the smells, but it’s an easy process! You can also give your garbage disposal a thorough cleaning to prevent it from smelling.

7. Ice Cubes Are Not Effective At Improving Performance

There’s a myth that dumping ice cubes down the drain makes the garbage disposal run better. However, it’s not true! The ice may be hard enough to cause damage. If you want to dispose of ice, you can simply allow it to melt in the sink. There's no need to run the garbage disposal.

For any garbage disposal, the best way to use it is to run cold water through it. You want to make sure that the water is always running too. Hot water should only be used when cleaning to ensure that the parts don't wear out too quickly.

You don’t want to overload your appliance with food! Doing so can lead to a lot of issues, including severe clogs. When that happens, you either need to empty the machine yourself or have a plumber deal with the clog for you. Adding small amounts of food, even in continuous disposals, allows the food to completely break down and pass through your plumber system with ease.

Many people don’t realize that fibrous materials can also clog the sink. Think of vegetables like asparagus or celery- they have many stringy fibers that gunk up your disposal and refuse to go down. Overall, it’s better to compost these types of foods or throw them in the trash- for the lifespan of your disposal!

You never want to use bleach or other harsh cleaners in your garbage disposals. They can easily wear out the impellers and the grinding ring, making them useless. Then, when you next use the machine, you can experience lessened grinding until you get serious clogs. 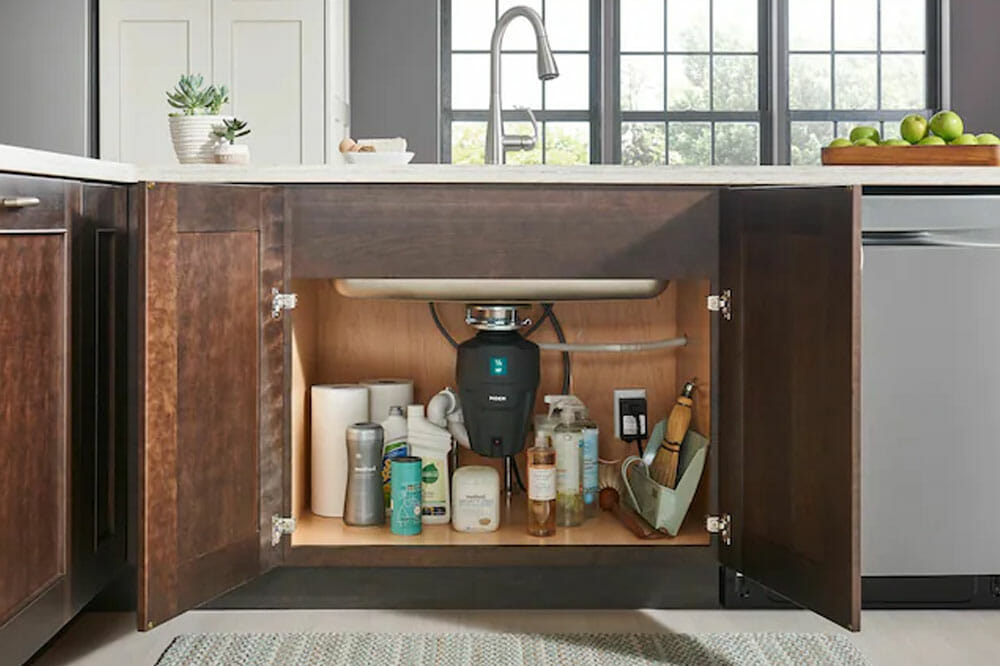 Are garbage disposals bad for plumbing?

Nope! Garbage disposals won’t harm your kitchen plumbing systems. They work great and only accept food items, which are safe to flow through a sink. If you have clogs, you’ll need a plumber’s help to determine the cause.

Can you pour boiling water down a garbage disposal?

When cleaning the disposals, it’s fine to do this. However, many brands recommend that you only grind food when using cold water. You want to allow the water to run through the disposal while grinding.

Where does the waste go from a garbage disposal?

They go to the same treatment plants where the rest of your water waste goes. There, it’s treated and can be removed from the water and used again.

Is it better to throw food away or use garbage disposal?

It’s much better to use a disposal! You won’t have to worry about landfills or damaging the environment. Plus, it's simple to use and removes the food waste immediately, so there are no lingering bad smells.

Can you put meat down a garbage disposal?

It's safe to put cooked meats down the garbage disposal. Although, you want to make sure they are very small amounts. You should avoid putting raw meat in the disposal since it can contain fat and fibers that clog the drain.

Those were 11 facts for you to learn about your garbage disposal! You’ll want to learn as much as possible to ensure you use yours to the fullest. These kitchen tools are very useful, so make sure to take care of yours. Garbage disposals should last for many years before needing to be replaced if they are properly maintained.

Holly Curell is the editor extraordinaire for Plumbing Lab. Having grown up in Michigan, Holly has spent time living in New York, Virginia, & currently North Carolina, where she lives with her husband & family. Holly loves DIY & has years of experience with at-home plumbing problems that arise from having 3 kids & living in colder climates. When she’s not writing about her plumbing knowledge, Holly enjoys reading, hiking & relaxing with family.

Holly Curell is the editor extraordinaire for Plumbing Lab. Having grown up in Michigan, Holly has spent time living in New York, Virginia, & currently North Carolina, where she lives with her husband & family. Holly loves DIY & has years of experience with at-home plumbing problems that arise from having 3 kids & living in colder climates. When she's not writing about her plumbing knowledge, Holly enjoys reading, hiking & relaxing with family.